Join the waitlist to be emailed when this product becomes available

century Kompressor SS The Kompressor SS is a more powerful version of the Kompressor S. Danny Moeskops who had a huge influence in the design of the Kompressor SS wanted to retain intrinsic smoothness in the cast. Load up with 175 gram plus baited trace, reel brimming with line, 12 turns of 80lb shock leader and send it all into effortlessly into big seas and really rough ground. The upper tip retains the same compression curve of the Kompressor S however the lower barrel of the tip and butt is more powerful allowing energy to be stored and released through a series of enhanced Gearboxes. The smoothness of delivery is a revelation and the rod recovers quickly to allow the fast passage of line. This smoothness cannot be overemphasized and it is a benefit we have spent a considerable amount of time achieving to give 100% feedback from the cast. Consider kelp jungles, really tough conditions that anglers encounter on the eastern seaboard of Scotland down to Yorkshire, Northern Scotland with its deep sea lochs, Wales and Cornwall, where local and roving anglers can battle the elements with confidence. The Kompressor SS has been completely evaluated in these venues by anglers who were impressed by the power, lightness and slimness of the rod that can send a baited trace and 200gm lead a long way
* Casting Ratio: 4-7oz (125-200gm)
*Butt Diameter: 15/16” (2.37cm)
* Length:13’10” (4.20m) Equal section
*rubber grips
*la versione da rot prevedo 9 anelli complessivi 1 sul manico 7 anelli sulla cima + apicale e coppia coaster per l’utilizzo del mulinello rotante
* l’anellatura da fisso prevede 5 anelli tutti sulla cima + apicale e la placca fuji a vite sul manico.
NELLA SEZIONE  MONTAGGIO (ACCESSORI)  è POSSIBILE SCEGLIERE TRA I VARI TIPI DI ANELLATURA ADATTABILE PER QUESTA CANNA 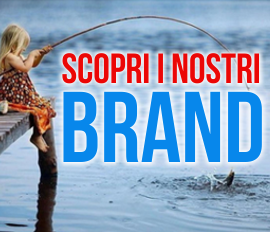